Sleep aids with CBD in them have become popular lately, but they aren’t all the same.

As a college student and full time youtuber, I’m a big fan of sleep. Implementing Snug CBD into my routine has improved my sleep, and I definitely see a change in my overall well-being.

So what puts Snug CBD in this category? It’s our unique blend of ingredients, combining CBD and melatonin with tasty relaxing herbs that have aided sleep for thousands of years. Let’s go through them one by one.

For thousands of years, people have used cannabis to help them mellow out. But the disadvantage of cannabis is that its natural state gets people high, which in turn has led to its criminalization in the USA and elsewhere.

The trick, then, is getting the mellow without the buzz. To that end, cbdMD has developed its Superior Broad Spectrum process, which gathers other cannabinoids from cannabis – starting with CBD – while keeping THC below detectable levels.

But broad spectrum CBD is only one part of the magic. The real killer combo is CBD and melatonin.

Melatonin is a hormone that your brain secretes when it’s time for you to sleep. Generally speaking, darkness stimulates it, so it helps keep your mind and body in sync with the cycles of day and night – what scientists call your circadian rhythm.

While specialists have known about melatonin for a long time, it was only in the 1990s that it started appearing on retailers’ shelves. This emergence followed the discovery of melatonin in plants, which allowed its sale as a nutritional supplement. It is an antioxidant, so it’s probably good for you in the same way other antioxidants are, but most people take it for sleep.

The FDA has never officially approved it for that purpose, however. Research into melatonin’s uses is ongoing, but so far, the strongest results have been among people who need to reset their body clocks due to travel, and children with neurodevelopmental disorders that make it difficult for them to sleep.

Can You Take CBD and Melatonin Together?

There hasn’t been any direct research on the interaction of CBD oil and melatonin in the body, but there isn’t any reason to think it wouldn’t provide some useful application.

Both CBD and melatonin have excellent safety profiles, with no cases of abuse or damaging overdose on record. The main concern about taking CBD oil with melatonin or with other products is that it may affect the liver’s ability to metabolize certain drugs.

Without getting too deep into the technical weeds, it depends on which enzymes the liver uses to metabolize the drugs. A rule of thumb is that if you’re on medication that warns against eating grapefruit while on it, you shouldn’t be taking CBD either. But you should check with your doctor to make sure.

Melatonin, however, is metabolized by a different enzyme, so CBD is unlikely to interact with it. There is some reason to think melatonin may amplify the effects of blood-thinning drugs, so consult your doctor if you’re on those.

Unlike melatonin, the herbs in CBD Sleep Line have been used for centuries to help people mellow out:

Valerian is a name that’s somewhat confusingly applied to two different plants. Red valerian is popular in gardens, but the supplement comes from a plant in the honeysuckle family.

Valerian root has traditionally been used for a whole passel of ailments, so much that one of its English common names is “all-heal.” However, nowadays, most people use it for relaxation and sleep.

Native to the American tropics, passionflower is familiar to many gardeners as a showy ornamental flower. Though its name makes it sound like an aphrodisiac, European explorers actually named it after the older Christian meaning of “passion” because its unusual arrangement of stamens looks like a crown of thorns.

Native Americans have long used one species of passionflower, also known as maypop, to treat various ailments, including insomnia. Some scientific research does support its use for generalized anxiety disorder, but it’s not formally approved for this.

Like most other hops, cascade hops are cultivated mainly for beer. All hops are flowers of the same species of plant, which is actually related to hemp, but breeders create varieties for different flavors.

For centuries, though, beer-drinking societies have also used hops as a sedative. Studies have found that hops seem to work best in combination with valerian and with both valerian and passionflower.

Chamomile is also familiar to many Americans as an ingredient in herbal tea, especially those made for drinking before bed. Like other herbs on this list, it’s traditionally useful for a lot of things, and research is focused not only on its sedative properties, but its possible anti-inflammatory uses as well.

Doctors advise against pregnant women consuming it, however, because it may cause uterine contractions ahead of schedule.

A misleading name: lemon balm is actually a type of mint, just one with a mild lemony flavor on top of the mintiness.

Mints have a long history of medicinal use. Lemon balm tea and essential oils are sometimes useful to help gastrointestinal problems and to protect the liver, but they also may help anxiety and sleeplessness. 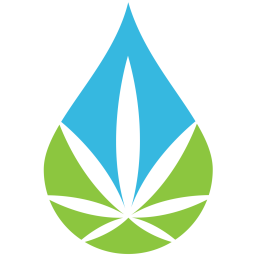